Lagina, The Sacred precinct of the Goddess Hecate 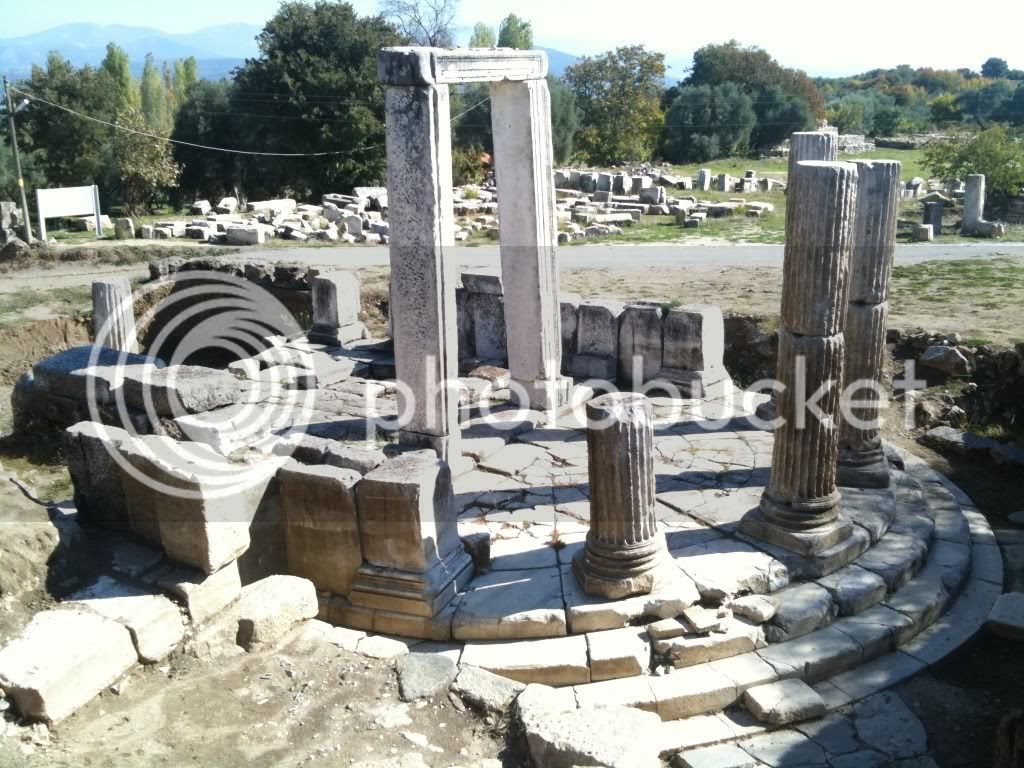 Lagina, The Sacred precinct of the Goddess Hecate
Lagina is an ancient cult site of important archaeological and touristic value dating from the Carian period and extended under the Seleucid kings that is situated in southwestern Turkey (adjacent to Turgut, a municipality in the Muğla Province) and which is famous for its Hekate Sanctuary. The site is situated at 9 kilometers distance from the Yatağan-Milas highway, served by an asphalt road bifurcating shortly after the Yatağan Power Plant when coming from Yatağan.
The small town of Turgut itself was until recently named Leyne, a name that is still used among the locals and in the region, thus echoing its name in antiquity.
Recent studies have shown that the site had been inhabited and/or employed in an unintterupted manner during a time span stretching back to the Bronze Age. Seleucid kings have conducted a considerable reconstruction effort in the sacred ground of Lagina and have transformed it into a foremost religious center of its time, with the nearby (at a distance of 11 kilometers) site of Stratonikeia becoming the administrative center. The two sites (Lagina and Stratonkeia) were connected to each other in antiquity by a holy path.

The archaeological research conducted in Lagina also presents a particularity in that they were the first to have been done by a Turkish scientific team, under the direction of Osman Hamdi Bey and Halit Ethem Bey. In 1993, excavation and restoration work have been resumed under the guidance of Muğla Museum, by an international team advised by Professor Dr.Ahmet Adil Tırpan.
The friezes of the Hekate Sanctuary are currently being displayed in İstanbul Archaeology Museum. Four different themes have been depicted in these friezes. These are; on the eastern frieze; scenes from the life of Zeus; on the western frieze; a battle between gods and giants; on the southern frieze; a gathering of Carian gods.