A visit to Istanbul - The Basilica Cistern

The Basilica Cistern (Turkish: Yerebatan Sarayı - "Sunken Palace", or Yerebatan Sarnıcı - "Sunken Cistern"), is the largest of several hundred ancient cisterns that lie beneath the city of Istanbul (that is formerly Constantinople), Turkey. The cistern, located 500 feet (150 m) southwest of the Hagia Sophia on the historical peninsula of Sarayburnu, was built in the 6th century during the reign of Byzantine Emperor Justinian I

History
The name of this subterranean structure derives from a large public square on the First Hill of Constantinople, the Stoa Basilica, beneath which it was originally constructed. Before being converted to a cistern, a great Basilica stood in its place, built between the 3rd and 4th centuries during the Early Roman Age as a commercial, legal and artistic centre. The basilica was reconstructed by Illus after a fire in 476.

Ancient texts indicated that the basilica contained gardens, surrounded by a colonnade and facing the Hagia Sophia.[1] According to ancient historians, Emperor Constantine built a structure that was later rebuilt and enlarged by Emperor Justinian after the Nika riots of 532, which devastated the city.

Historical texts claim that 7,000 slaves were involved in the construction of the cistern.

The enlarged cistern provided a water filtration system for the Great Palace of Constantinople and other buildings on the First Hill, and continued to provide water to the Topkapi Palace after the Ottoman conquest in 1453 and into modern times.

Measurements and data
Fifty-two stone steps descend into the entrance of the cistern. The cistern is surrounded by a firebrick wall with a thickness of 4 metres (13 ft) and coated with a waterproofing mortar. The Basilica Cistern's water came from the Eğrikapı Water Distribution Center in the Belgrade Forest, which lie 19 kilometres (12 mi) north of the city. It traveled through the 971 metres (3,186 ft)-long Valens (Bozdoğan) Aqueduct, and the 115.45 metres (378.8 ft)-long Mağlova Aqueduct, which was built by the Emperor Justinian.[1]

The cistern has the capacity to store 100,000 tons of water, despite being virtually empty today with only a few feet of water lining the bottom.

The weight of the cistern lies on the columns by means of the cross-shaped vaults and round arches of its roof.

The Basilica Cistern has undergone several restorations since its foundation. The first of the repairs were carried out twice during the Ottoman State in the 18th century during the reign of Ahmed III in 1723 by the architect Muhammad Agha of Kayseri. The second major repair was completed during the 19th century during the reign of Sultan Abdulhamid II (1876–1909). Cracks to masonry and damaged columns were repaired in 1968, with additional restoration in 1985 by the Istanbul Metropolitan Museum. During the 1985 restoration, 50,000 tons of mud were removed from the cisterns, and platforms built throughout to replace the boats once used to tour the cistern. The cistern was opened to the public in its current condition on 9 September 1987. In May 1994, the cistern underwent additional cleaning. 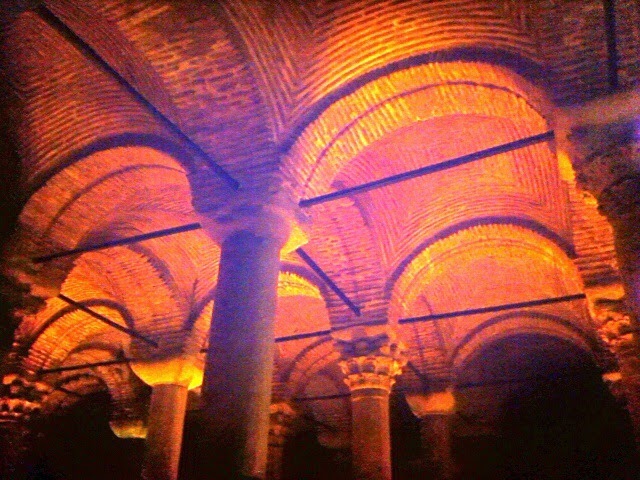 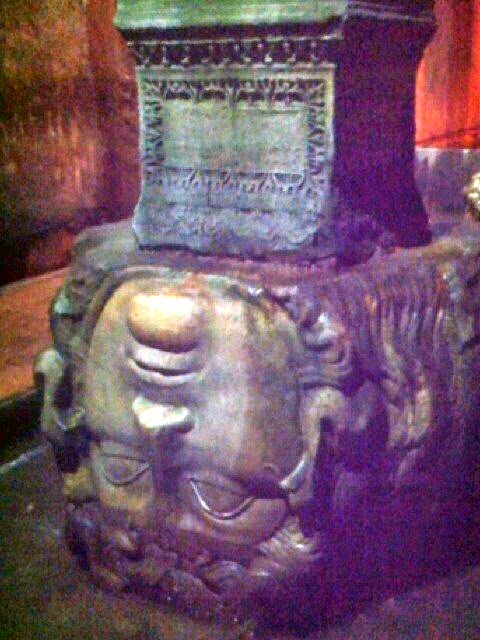 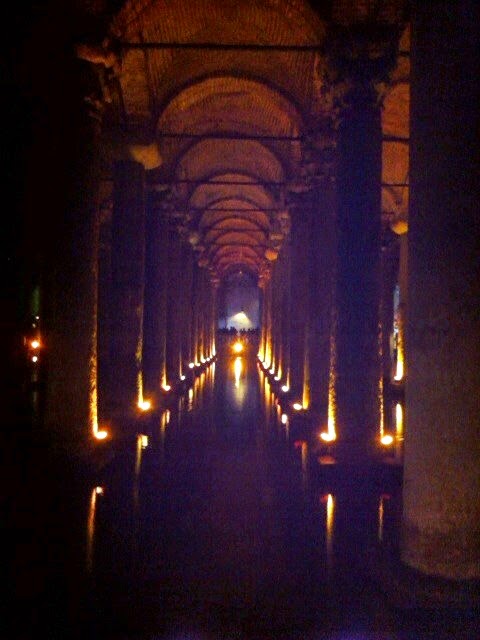 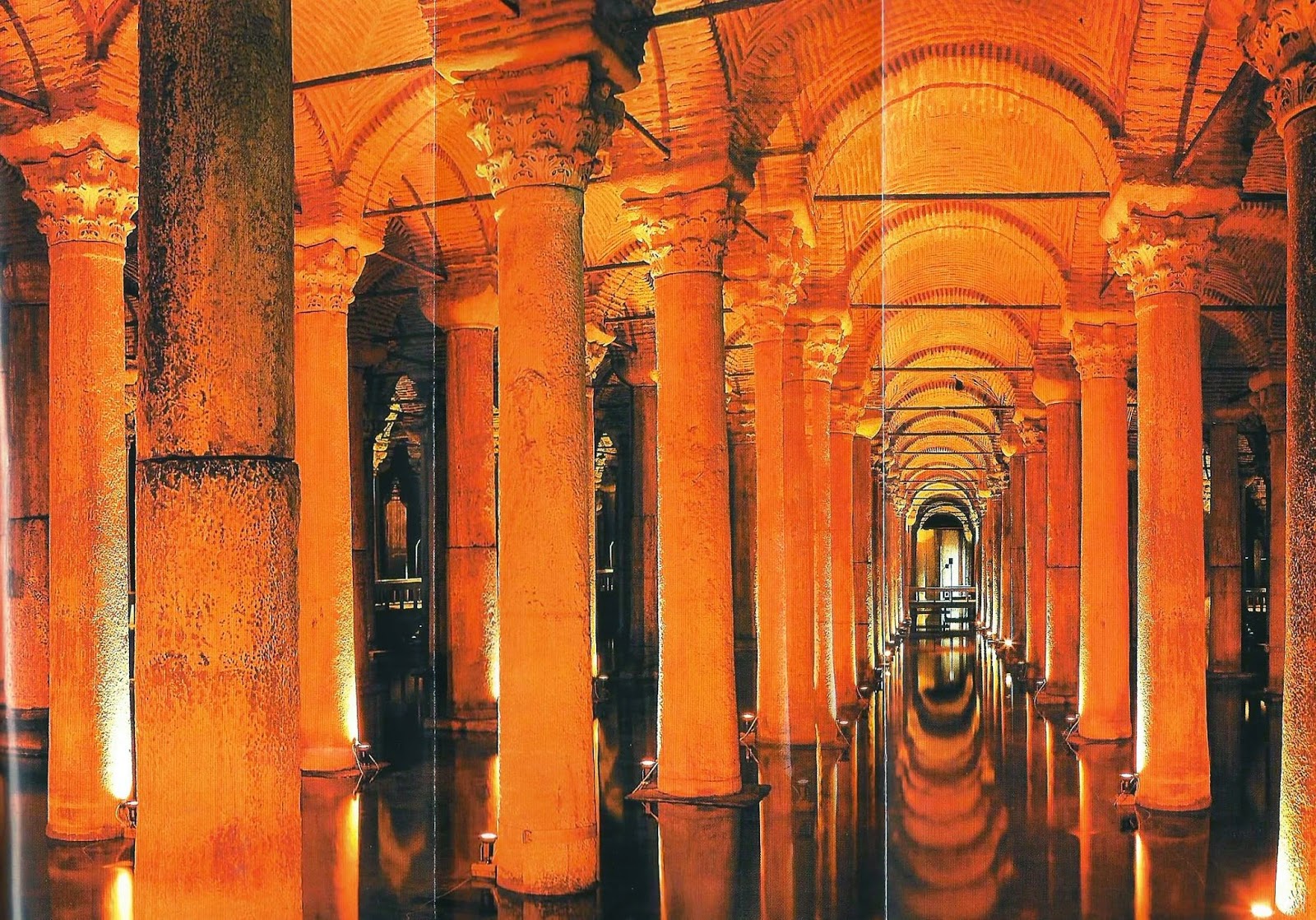